Mistakes; do we learn from them? Part I

Mistakes; do we learn from them? Part I 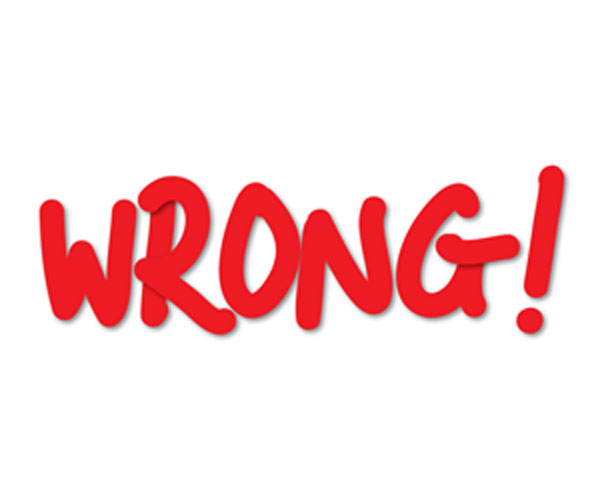 We all make mistakes. Lawyers sometimes accept cases that they know they shouldn’t; teachers get into battles with kids that are unwinnable; and executives fail to consider all the variables in their strategic planning analysis. The question is; do we learn from our mistakes. Regrettably, our current culture stresses apology over analysis.

In my practice of executive coaching I hear about business blunders all the time.Â  Actually, I don’t often hear about the mistake itself, more likely, I hear about the emotional consequences. I see people berate themselves or reach out for consolation after making a mistake that leads to the unleashing of a tirade from an aggressive boss. I hear people resolve never to do it again or vow to do better in the future.

However, and this is key, I rarely hear about the details of the mistake.Yes, in general I hear about the gist of what happened, and something about the context in which the error occurred, but rarely do I hear about the cognitive underpinnings of the mistake. For example, what was the person thinking at the time; what assumptions did the employee or manager make leading up to the erroneous decision? What information was perhaps ignored and what factors, either individual or organizational, contributed to glossing over this valuable information?

I would like to make the case that all of us -professionals, executives, managers – could benefit from more closely emulating the aviation industry to be more effective in the management of errors. By way of contrast, let me offer-up two professions that have particular problems; my own psychology, and medicine.

Errors in psychology; they’re aren’t any, and that’s the problem:

If no consensus is ever reached on what constitutes an error, then the concept of an error ceases to exist. My own profession fails to learn from mistakes since errors are rarely even acknowledged. Psychology, especially my brand, clinical psychology, lacks a general consensus about the best approach for tackling any particular problem. Although divergent thought is highly encourage among therapeutic intervention, the Harvard socio-biologist E.O. Wilson sensibly points out that true scientific disciplines such as physics and chemistry possess consilience or the ability to steadily accumulate a mass of generally agreed-upon findings.

Although psychology is now closer than before, we still fall short as a truly scientific discipline due to the myriad array of conflicting theories and techniques that are advocated to explain and treat human suffering.Â  In some areas, such as the treatment of agoraphobia or OCD, there is growing agreement. As result, it would be rare to find a credible clinical psychologist who would advocate avoiding public transportation for fear of panic, or continual hand-washing as way to resolving feelings of contamination.

However, in the multiple decisions that psychologists face in less specific problems such as what to do in the face of an aggressive boss, or how to deal with a spouse that is depressed, there is much less agreement. At this point, empirically-validated approaches to every problem simply have not been established.  As a result, one psychologist’s creative intervention can be judged by another as simplistic or even harmful.  Conversely, almost any reasonable intervention can be justified. As a result, errors are rarely recognized let alone corrected.