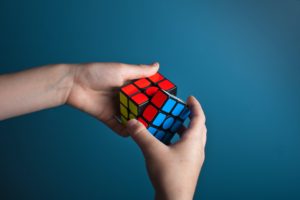 Problems in business are the norm; however, accepted ways to solving those problems might be less obvious. I have assembled a 10-tip guide that follows a timeline from conceptualization of the problem to the ultimate presentation of a possible solution. I hope that you find the material helpful.

Starting off on the right foot- that the first theme.  In other words, inhibit the impulsive to dive into the search for solutions without going through a comprehensive analysis of the problem.

The Problem Lab at the University of Waterloo (https://uwaterloo.ca/problem-lab/) has done great and innovative work on the first step to problem-solving which is characterizing the problem.

Here are some important quotes from their work:

Scale:  (number and extent of those affected)

History: (history, changes of the problems plus past attempted solutions)

The Problem Lab’s approach to defining the problem is broad and comprehensive.  The value of this multi-dimensional perspective was reinforced in a recent article from McKinsey which drew upon a comparative anatomy analogy.

“Dragonfly-eye perception is common to great problem solvers. Dragonflies have large, compound eyes, with thousands of lenses and photoreceptors sensitive to different wavelengths of light. Although we don’t know exactly how their insect brains process all this visual information, by analogy they see multiple perspectives not available to humans. The idea of a dragonfly eye taking in 360 degrees of perception6 is an attribute of “superforecasters”—people, often without domain expertise, who are the best at forecasting events.

Adopting this multi-lens perspective means talking to many people both within and outside your organization.

Expert problem-solvers differ from novices in many dimensions.  Experts obviously have more domain-relevant information about the problem than novices.  Experts have that information better organized with easier cross-referencing. However, they are actually slower to start the generation of potential solutions, why?  Because they do something that novices don’t do – they take the time to make an internal representation of the problem.

You know that you have a good representation of the problem when you can comprehensively and succinctly explain it to someone else. Better yet, when you can draw it.  My favorite aid to using schematic diagrams to illustrate complex ideas comes from Dan Roam. http://www.thebackofthenapkin.com/

Tip IV Start with a hypothesis.

Dr Paul Saffo of Stanford in his book  “Strong opinions, weakly held” (https://medium.com/@ameet/strong-opinions-weakly-held-a-framework-for-thinking-6530d417e364) advises us to develop a hypothesis early even in the face of incomplete information.

“For example, you may have to forecast the revenue potential of a new business opportunity, or the impact of a new product. Despite the lack of available information, you should develop a tentative hypothesis for what the decision or forecast should be. Then actively gather information that either supports or refutes the hypothesis. The important part is that if you uncover information that refutes the hypothesis, then change your hypothesis. Don’t cling to your original idea, decision, or forecast even in the face of contradictory information. In fact, actively seek the contradictory information — this provides you with data to iteratively improve the forecast, until you get to the right answer.”

Saffo describes his process as follows:

“I have found that the fastest way to an effective forecast is often through a sequence of lousy forecasts. Instead of withholding judgment until an exhaustive search for data is complete, I will force myself to make a tentative forecast based on the information available, and then systematically tear it apart, using the insights gained to guide my search for further indicators and information. Iterate the process a few times, and it is surprising how quickly one can get to a useful forecast.”

Tip V After that first Hypothesis,  Generate Others

To land of the right solution, one has to generate many possibilities.  Creative generation is an engine fueled by curiosity.  Here how McKinsey explains it:

“As any parent knows, four-year-olds are unceasing askers. Think of the never-ending “whys” that make little children so delightful—and relentless. For the very young, everything is new and wildly uncertain. But they’re on a mission of discovery, and they’re determined to figure things out. And they’re good at it! That high-energy inquisitiveness is why we have high shelves and childproof bottles.

One simple suggestion from author and economist Caroline Webb to generate more curiosity in team problem solving is to put a question mark behind your initial hypotheses or first-cut answers. This small artifice is surprisingly powerful: it tends to encourage multiple solution paths and puts the focus, correctly, on assembling evidence. We also like thesis/antithesis, or red team/blue team, sessions, in which you divide a group into opposing teams that argue against the early answers—typically, more traditional conclusions that are more likely to come from a conventional pattern. Why is this solution better? Why not that one? We’ve found that better results come from embracing uncertainty. Curiosity is the engine of creativity.”

Creativity is swamped by stress, anxiety or criticism, therefore follow Peter Schwarts’s advice in The Art of the Lng Game and tell yourself and your team to “ask outrageous questions” without “being afraid to look silly.”

After creatively generating myriad hypothesis and potential options comes the testing out phase.  Developing, testing through data collection and then refining the hypothesis is the cornerstone of science and perhaps of our own central nervous system as first explained in Pribram’s TOTE system.

This requires a certain toleration for ambiguity best described in the following note from McKinsey.

“When we think of problem solvers, many of us tend to picture a poised and brilliant engineer. We may imagine a mastermind who knows what she’s doing and approaches a problem with purpose. The reality, though, is that most good problem solving has a lot of trial and error; it’s more like the apparent randomness of rugby than the precision of linear programming. We form hypotheses, porpoise into the data, and then surface and refine (or throw out) our initial guess at the answer. This above all requires an embrace of imperfection and a tolerance for ambiguity—and a gambler’s sense of probabilities.

To embrace imperfectionism with epistemic humility, start by challenging solutions that imply certainty. You can do that in the nicest way by asking questions such as “What would we have to believe for this to be true?” This brings to the surface implicit assumptions about probabilities and makes it easier to assess alternatives. When uncertainty is high, see if you can make small moves or acquire information at a reasonable cost to edge out into a solution set. Perfect knowledge is in short supply, particularly for complex business and societal problems. Embracing imperfection can lead to more effective problem solving. It’s practically a must in situations of high uncertainty, such as the beginning of a problem-solving process or during an emergency.”

Research into cognitive biases has been a hot topic, visit one of the pioneers here,inherent biases due to our way of thinking.

Here are some common ones:

Too often when faced with a problem, we seek to confirm what we know rather than to test-out a hypothesis.

#2 Defining a problem in a way that limits solutions

In his book, Conceptual Block Busting, James Adams talks about traps in defining the problem,

Specifically, he cautions us not to define the problem in a way that limits the solutions, be willing to remove even unconscious constraints

The more broadly a problem can be defined, the more room there is available for potential solutions.

Gestalt solution: the variables to solve the problem are embedded in the actual problem, therefore the s olution rests in restating the problem.  What impairs creative PS is what the gestalts psychologists call “ functional fixedness” involving the tendency to perceive objects only according to their common f unctions or to perceive objects only in the way in which they are presented to you,

For more information on this rich and exciting fieldsturn to:

Judgment under Uncertainty: Heuristics and biases

Inevitable Illusions: How Mistakes of Reason Rule Our mind

In real life problems come with emotional urgency, there is a demand, pressure, competing interests. It is not surprising then that our creative side is impaired by our emotional reactions. Charles Kener in talking about the problem-solving approached taught at the Mayo Clinic emphasizes the importance of controlling the emotional aspects.  Her says that the first step is to slow down and recognize your own emotion.  Ask yourself:

“Do I find this frustrating?”

“What frightens me in this situation?”

After exploring your emotions, then ask yourself, what do I really want. Set your problem-solving options to achieving your own goals.

Tip IX Who does the problem-solving?

Your process of getting to an answer will inevitably involve sharing your “strong opinion” with people on your team, and encouraging them to dissent and share disconfirming evidence as part of the “weakly held” process.

In doing so, you will elicit feedback from your teammates in the form of additional ideas, intuitions, and perspectives. This is incredibly valuable, because you can now leverage their past experiences and pattern-matching skills, the information and context they have that you may have missed, and the creativity that they bring to the table. Your answer or decision will only improve from getting exposure to this additional information and experience.

#2 . Tap into collective intelligence and the wisdom of the crowd, from McKinsey

Chris Bradley, a coauthor of Strategy Beyond the Hockey Stick, observed that “it’s a mistake to think that on your team you have the smartest people in the room. They aren’t there. They’re invariably somewhere else.”

Nor do they need to be there if you can access their intelligence via other means. In an ever-changing world where conditions can evolve unpredictably, crowdsourcing invites the smartest people in the world to work with you. For example, in seeking a machine-learning algorithm to identify fish catch species and quantities on fishing boats, the Nature Conservancy (TNC) turned to Kaggle and offered a $150,000 prize for the best algorithm. This offer attracted 2,293 teams from all over the world. TNC now uses the winning algorithm to Rod Carnegie was CEO of Conzinc Riotinto Australia (CRA), he was concerned about the costs of unscheduled downtime with heavy trucks, particularly those requiring tire changes. He asked his management team who was best in the world at changing tires; their answer was Formula One, the auto racing competition. A team traveled to the United Kingdom to learn best practice for tire changes in racetrack pits and then implemented what it learned thousands of miles away, in the Pilbara region of Western Australia. The smartest team for this problem wasn’t in the mining industry at all.

Even the best problem-solving requires an audience to hear the solutions.  McKinsey write about how an “show and tell” approach might be very effective persuasive tool.

“The show-and-tell mindset aims to bring decision makers into a problem-solving domain you have created. A team from the Nature Conservancy, for instance, was presenting a proposal asking a philanthropic foundation to support the restoration of oyster reefs. Before the presentation, the team brought 17 plastic buckets of water into the boardroom and placed them around the perimeter. When the foundation’s staff members entered the room, they immediately wanted to know what the buckets were for. The team explained that oyster-reef restoration massively improves water quality because each oyster filters 17 buckets of water per day. Fish stocks improve, and oysters can also be harvested to help make the economics work. The decision makers were brought into the problem-solving domain through show and tell. They approved the funding requested and loved the physical dimension of the problem they were part of solving.