Typically when I consult with family businesses thinking about succession, I first meet with the founder, then the aspiring members of the second generation – but very quickly I try to gather everyone in the same room. With the encouragement of honest but non-adversarial conversation, my hope is for both the founder and successors to understand each other’s roles and perspectives.

The succession process has been defined as a psychological dance in which there is a mutual and progressive re-adjustment of roles. The founder slowly begins to recede into retirement and the successors progressively begin to assume power. However, as beginning dance students know, sometimes one’s partner has different steps or a different cadence – any of which can lead to conflict.

What are some of the common dance steps of the founder? In my experience, the largest is the loss of the psychological identity linked with work. Successful succession demands that the founder abandon a perhaps life-long role with social trappings of success, wealth, and power in favor of something nebulous: Retirement.

The succession process is mostly driven by the founder who is also a parent, but a parent who typically feels that the kids are never quite ready enough to take-over. The unique path of the founder who built and steered the business though myriad crises only serves to reinforce these doubts about the kids who invariably have joined the business during a time of greater stability. These doubts about the successor’s competency can be even more severe when the two generations hold different views about long-term the company’s direction, strategy, or operations.

Potential successors also face challenges.   Although often angry about being questioned in terms of their ability, deep down many know that they don’t want to make the family and lifestyle sacrifices that their parents made. Worse yet, some secretly question their competency to carry the company forward. Doubts about competency can create a corporate imposter syndrome where future decision-making is impaired by incessantly wondering “what would dad do?”

When two or more sibs are in contention for a single CEO seat, often life long issues of sibling rivalry come to the forefront. Many researchers in the field have observed that intense sibling rivalry can cause stagnation in the succession process, as well as the formation of destructive alliances within the company and family.

All these issues need expression. That’s why a successful succession is a long-term process -something discussed in my next post- ideally begun long before the office keys are turned over. 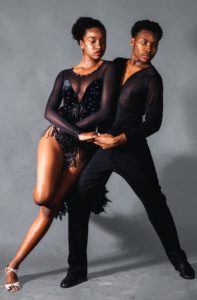