Get the Truth by Philip Houston et al

I don’t work for the CIA but…

Following a client’s recommendation, I acquired, read and rather uneasily digested Houston and company’s recent bestseller on interview interrogation techniques -Get the Truth. The authors, ex-CIA agents specialized in integration-the verbal, not the water board kind-have written a highly readable and comprehensive “how-to-do-it” book to get the truth from suspected criminal perpetrators or would-be terrorists.

The topic is fascinating, but not the sort of thing that I thought was highly relevant for my private practice in executive coaching. Hence the “indigestion” as I kept repeating to myself throughout the book: “Funny, I do that too.”

I know that I’m not trying to get confessions. Most of my clients honestly communicate with me and any “therapeutic resistance” comes from the natural difficulties trying to change long-term habits. More importantly, none of my clients are bad guys. But, that’s one of the key take-away points from the book. The interrogators don’t react to the suspected child molesters or subway bombers as bad guys either.

In contrast, they seek to understand and even normalize what they hear. Here’s their description of the process:

“Understand the reason, the natural or normal reasons, that led someone to perform a criminal act without labeling the act as criminal, deviant or treacherous … socialize the situation.”

I do this all the time in my CBT therapy which is based upon the notion that even the most pernicious of maladaptive behaviors is often developed through a process of normal learning, whether it be modeling, escape from anxiety or peer reward.

The CIA approach is rich in contextual empathy and understanding. In fact, if you change some of the nouns in the numerous example transcripts, for example, from “plant a bomb” to “plant doubt”, you might think that you reading the transcript of some client-centered therapy. Feeling and expressing empathy with phrases such as “I know that this must be embarrassing for you” are far removed from the my initial image of the spot-lit perp being peppered with leading questions in a holding cell.

As with so many CBT techniques, Miller’s Motivation Interviewing being a prominent example, confrontation is verboten. Again, here’s a prescriptive quote: “maintain a non-coercive, non-adversarial demeanor throughout the interview.”

Although not exactly using classic CBT terminology, the authors obviously know something about depression and the self-criticalness that comes with it.

Although not using terminology such as “attributional style,” again the authors borrow from a CBT therapist manual to work with subjects to get them to see that maybe something other than their own negative core might have motivated their action. In their words

” we have found it very effective in a monologue to convey to the person the notion that whatever it is he did, it is not entirely his fault. Whose fault is it? Society’s. the school’s, the system’s.”

I could go on to cite more eerie parallels such as their attention to situational details, a methodical attention to events surrounding a critical decision, interviewing in a semi-structured way that emphasizes time-lines etc. However, there’s one key difference – their work ends with a confession, I like to provide on-going follow-up. 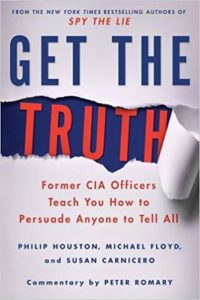