Procrastination: why it doesn’t work.

Procrastination: why it doesn’t work.

People who come to my office to complain about procrastination invariably get it wrong.

The problem is not the 11th hour mad dash to pull an all-nighter to finish the report, nor is it the lost opportunity cost that would have accrued if adequate time and resources had been devoted to the task. It’s not even the unfortunate addition of the label “procrastinator” that eventually gets ingrained into one’s identity.

Don’t get me wrong, all these sequalae are bad.  But in my opinion, it’s the constant failure of the delaying and postponing tactics that produce an ever-present, albeit low level awareness that things are not right.

You see, most procrastinators aren’t very good at it. They know that they should be working on that key assignment, but to assuage their guilt they have to work on SOMETHING – even as mundane as arranging objects in a bin. The problem is that the diversions, even those as noble as housework or rearranging the attic, don’t totally remove the nagging cloud of The Undone.

More advanced procrastinators know this and therefore instead of cleaning the garage, they do the equivalent of just skipping the meal and go right to the dessert. That is, they revert to past pleasures for guilt-assuaging or task-forgetting enjoyment. That doesn’t work either.

I don’t know whether it is the Protestant work ethic or just the urgency of the undone task, but the pleasure from watching the football playoffs instead of writing the report is never completely satisfying.

I think that what we learned from Psychology 101, namely, that rewards are contingent upon the prior execution of behaviour is too deeply ingrained.   In other words, regardless of the “you-deserve-it” self-esteem cheerleaders, pleasure has to be earned.  When we try to sneak it in, it doesn’t really work.

So, to reduce the background stress ad feel the genuine pleasure, we have to tackle the undone; here are some tips to help.

Make a deal with yourself, if you are going to procrastinate on a task, then ask two important questions:

What am I feeling?

What do I think about the task at-hand?

Instead of increasing your work ethic or improving your time management, a brief but critical analysis can dissolve an impairing emotion or task impediment and set you on your way..

Marcus Aurelius, the stoic philosopher and Roman Emperor said that a life is built on action; “No author ever writes a book, instead they write one sentence, then another and another..”

Tim Urban picks up this theme where he writes:

“. Procrastinators are great visionaries—they love to fantasize about the beautiful mansion they will one day have built—but what they need to be are gritty construction workers who methodically lay one brick after the other, day after day, without giving up, until a house is built.  Nearly every big undertaking can be boiled down to a core unit of progress—it’s the brick.

I used to teach a large class in CBT at McGill University, it was a one semester course but the lecture notes that grounded the students in the principles and practices. I provided what I viewed as notes that were comprehensive, the students would say formidable.

About one month before the final examination, I would pause and ask how many of the students had started studying. As expected, only a handful of the hundred of so undergraduates raised their hand. I then asked them to write down how hard they though the studying process would be on a scale from 0 to 10 where zero was ordering a margarita on the beach in Tulum and ten was wrestling an alligator in the nearby swamps of Tulum. After they recorded their ratings, I stopped lecturing completely and ask them to open their laptops to my notes section and start studying while I’ll got a coffee. Ten minutes later, I asked them to repeat the rating.

You guessed it; after they took that first step, the perceived difficulty of the whole thing melted away.

I like lists as much as anyone. In fact, for really busy people with tons of things on their mind, I encourage them to generate daily to-do lists.  For the productive person, these lists organize work and most importantly, they get things out of their heads thus liberating working memory space for better reception and mental processing.

For the procrastinator, these comprehensive lists only delay action- the list becomes not a tool for an end but the end in itself.  This is especially true if the items on the list are complex and demanding, such as; “learning to program.” Again, to quote Tim Urban: “Effective planning turns a daunting item into a series of small, clear, manageable tasks.”

Feedback is a great thing, it controls everything from homeostatic bodily functions to guided missiles. The essence involves comparing your output with some ideal.  For many of us, however, that ideal derives not from our own standards but from vague expectations of what others might think, believe or judge.  If we get caught up in this so-called neurotic perfectionism, then we tend to procrastinate. The great Canadian author Margaret Atwood at one point in her writing supposedly hesitated to put words down on paper, for three years, she put off writing the  “The Handmaid’s Tale.” “I thought it was just too batty,” she said. Those anxieties finally started to subside when she shifted her focus away from what readers might think and stopped judging her work as she was creating it.

Focus on closing the gap, but the gap between your current performance and what you yourself expect.

Tip 5 Influence of others

Another option is to think about who’s doing the task with you. In one study described by the organizational psychologist Adam Grant: “when people sat next to someone who was twice as productive as average, their own productivity increased by 10 percent. Sometimes, highly productive people make tasks more fun or more meaningful. Other times, they make procrastinating so painful that progress suddenly feels like a more attractive path.”

Therefore, work as part of a team, even if you have to create an artificial team by simply telling colleagues about your project and its deadlines. Working with others also applies to the physical surroundings.  I’ve had clients sit unproductively at their home desk but miraculously turn on the gas when they went to Starbucks.

Challenge the procrastination with these tips; the alternative simply doesn’t work. 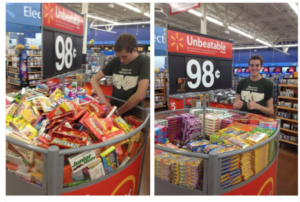