Know your enemies: Stressors at Work

Life is better at the top, that’s why we all want to be Number 1, however, there’s only one corner office.

Research with a variety of animals as well as human subjects has shown that the top of the hierarchy is much more comfortable. Biological indicators of stress from immune functioning to general health, as well as, one’s subjective sense of happiness usually come hand in hand with the corner office. In business, higher positions not only bring decreased financial worry, but also the respect and the authority to pursue one’s agenda. Pursuing one’s agenda can also mean acquiring resources such as, club memberships and company-paid massages, that buffer against the remaining stress.

What’s the problem? Well, there are many. 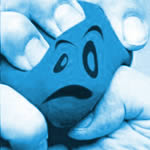 Getting to the top is hard, there is tremendous competition. In addition, often the competition is unfair or unclear – favorites or allies of those in power are often promoted while hard work, competence and dedication can be ignored.

Even if the competition is fair and clear, it still demands energy and investment. Lost weekends, lunch meetings and long days become part of the never-ending grind to the top.

In addition, career advancement also has to be subtle – people advance in organizations through cooperation and team-building. Those that barge and push often get labeled as lacking the soft skills required of senior executive positions. As a result, to make it – you have to try really hard but appear not to.

No wonder there’s only four corner offices with some office towers designed to be cylindrical.

Perceived Inequality – too little for a good thing…

What you give the organization in terms of effort, time and commitment doesn’t match what you receive in compensation, security, or most importantly, acknowledgement.

Humans are creatures of justice. In the world of work, justice often boils down to a self-versus-other comparison of what we give to the organization in relationship to what we get back.

What’s “giving” when you’re a grey flannel suit in an organization?  Giving is time you spend at work or how hard you work when you’re there. In general, “giving” refers to how much you commit to your job and your company.

“Receiving” not only refers to pay and options, but also recognition. How much your contributions are acknowledged and rewarded – especially in ways that you find meaningful.

What we all seem to do is to subjectively develop a ratio of giving versus receiving and then compare our ratio with others. Stress is the perceived inequality of that ratio. Thus, seeing a top executive pull-down 100 grand more than you might not be stressful if you’re not working until 10 pm every night and every second weekend like her.

However, seeing your lazy boss, who in addition to playing political games, steals your ideas get promoted would be stressful.

Work Overload – too much in so little…

There’s simply too much to do, or the things I’m required to do are beyond my current competence. Very quickly things that don’t get done begin to accumulate in our heads.  Then, we start ruminating and taking up valuable mental “band-width” with things that aren’t done.  As a result, our confidence experiences subtle but continuous erosion as the backlog to mental “to-do’s” limits our capacity to take in more pressing information..

Job Insecurity – too many for too few…

As a result of mergers, downsizing or just uncertain market conditions, my job situation is “iffy.”  This type of anxiety is almost always felt as “Sunday night stress” where there is a vague, but palatable, sense that things might go very wrong the next day.

Responsibility without authority – To much with too little…

I’m held accountable for things that I can’t control.  So many jobs have an extensive list of requirements but a limited range of authority.  It would be so easy to simply “order” others to provide the information or work that we need, but we can’t.  As a result, people need to rely upon good interpersonal skills.  Building bridges, helping others and in general being the type of person where interaction brings enjoyment rather than stress are crucial steps to achieving without line authority.

Role Ambiguity – too little guidance or the opposite

I’m not really sure what my priorities are, or they seem to change all the time.  Or, my priorities are clear but I’m told what to do all the time like I’m under some remote control. Too little guidance or too much – both can be a problem.  In the former, the employee can sink in a sea of pluripotent tasks, in the latter, there is no room for creativity or individuality.

Things are great when I’m dealing with my people, but when I have to deal with customers, suppliers or other departments, then there’s a problem. My goals always seem to conflict with those of others.

Finally, a lot of it comes down to… “it’s the people!”

Guess what, all those things I’ve just listed are stressful, but when Schwartz and Stone assessed over 100 typical office workers what got them the most were “negative interactions with co-workers and supervisors”. A successful return to work often involves learning how to deal with problem co-workers or bosses.